Part of a coalition of national and international Jewish organizations and civil society NGOs involved with programmes addressing community development, poverty relief, HIV/Aids, natural and man-made disasters South Africa and worldwide. Also involved in intermittent “reactive” projects such as in mobilising the community to assist victims of xenophobic violence or local floods. Other projects include the CKNJ computer project and our association with CHIVA – the Children’s HIV Association. The CKNJ also runs its own Bursary Program to ensure members of the community have access to tertiary education.

The CKNJ works closely with its affiliates and ensures the vibrancy of the Jewish community socially, educationally, religiously and financially.

Focus on building a spirit of harmony and co-operation between KZN’s faith based communities by representing the Jewish community on a variety of interfaith bodies addressing issues such as combating racism in society, poverty relief and promoting dialogue and understanding.

Works to enhance ties through networking with government and political parties at every level in order to maintain open lines of communication between these organisations and KZN Jewry. CKNJ is called upon to make input into policy processes and consultations at local, provincial and national level.

Combating antisemitism is a central part of our mandate. Done through education, legal action, political lobbying and media activism. 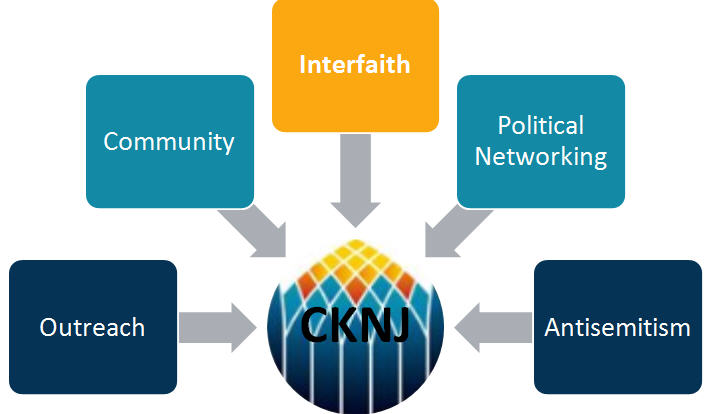